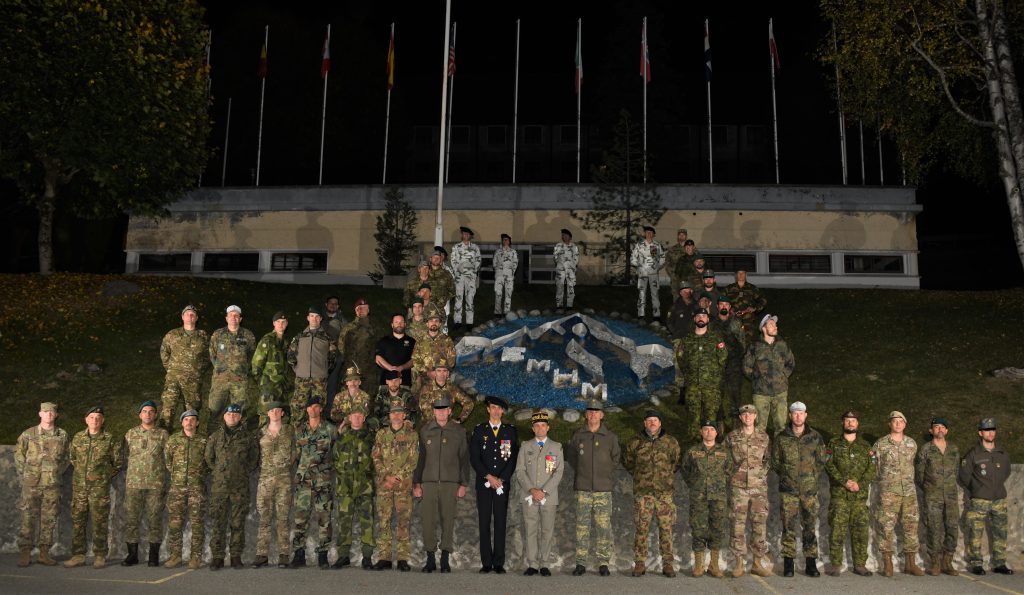 After a break of almost three years, which occurred due to COVID-19 restrictions, 52 national representatives were finally able to meet at the 54th Annual IAMMS meeting held from 10 to 14OCT22 in the beautiful area of Chamonix.

Formed in the second half of the 1960s, the IAMMS gathers schools from various nations, 16 of which are full members. The remaining nations have either an observer status or a guest status. Among the 16 full member, 13 are European, namely Austria, Belgium, France, Germany, Italy, the Netherlands, Norway, Poland, Romania, Slovenia, Spain, Sweden and Switzerland, the latter retaining, by statute, the responsibility of the secretariat.

In general, IAMMS annual meetings are organized one year in winter and the following year in summer, and are considered as a gathering of commanders and technical personnel of many nations, which serves as a platform for exchanging ideas and sharing mutual experiences. The hosting nation proposes a topic, which is then developed after being approved by other nations. During the recent Chamonix meeting, the topic developed was the “Impact of Climate Change on Mountain Conflict and Consequences on Combat Training in the Mountains”.

Since the IAMMS has not been granted power on standardization, the NATO MW COE was, during the 51st IAMMS meeting, conducted in 2017, Québec, Canada, given the status of permanent observer. The participation of the Slovenia-based NATO MW COE, its delegation headed by its Director, COL Borut Flajšman (SVN Army), the Doctrine and Standardization Branch Head, LTC Dennis Jahn (DEU Army), and Senior Enlisted Adviser, 1SGT Marko Pogorevc (SVN Army), was appreciated by both, the host EMHM commander, COL Lionel Mayade (FRA Army) as well as by the IAMMS Secretary, COL (GS) Ralf REGLI (CHE Army). 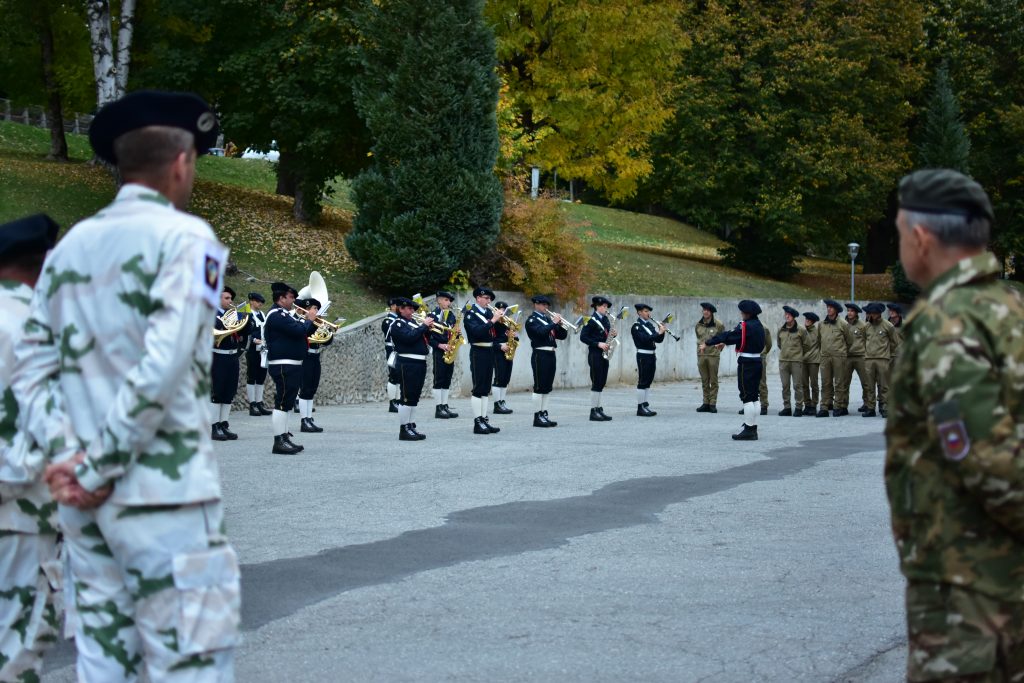 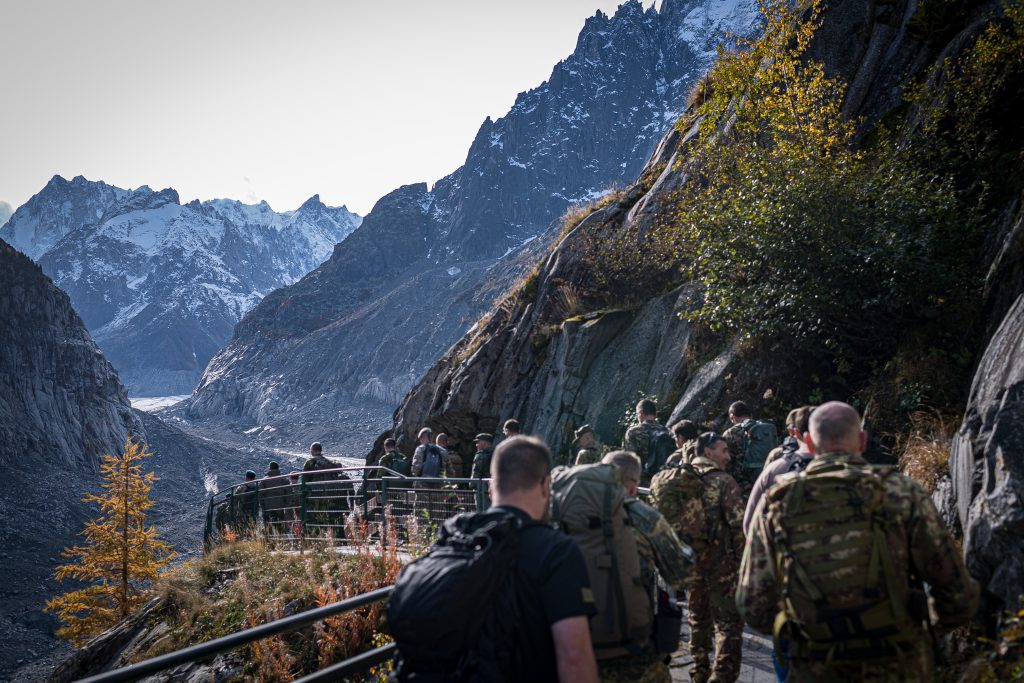 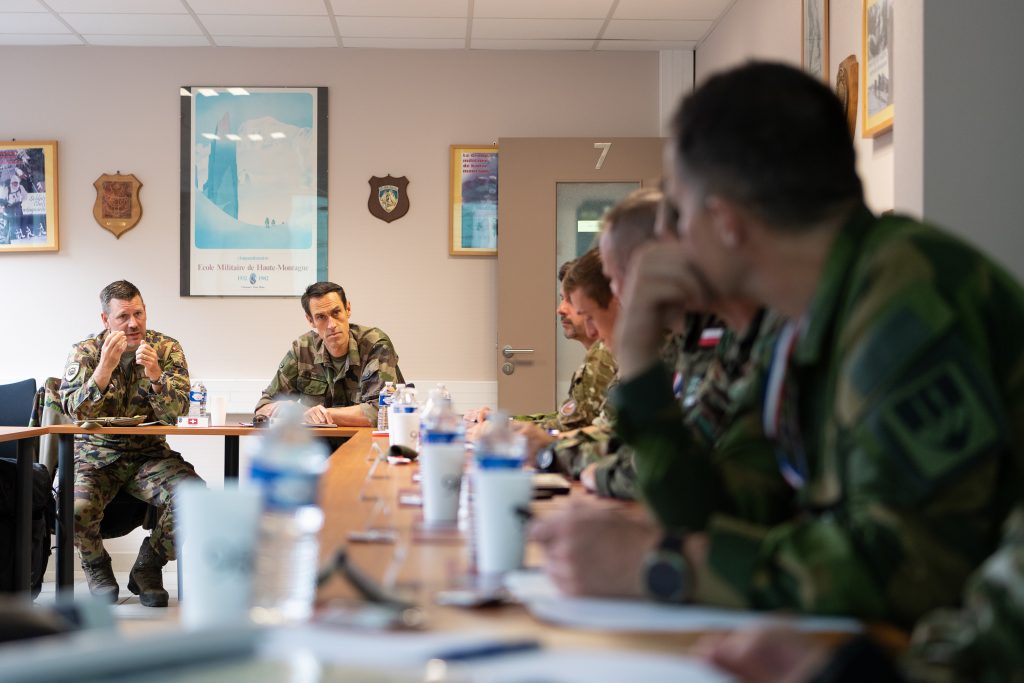