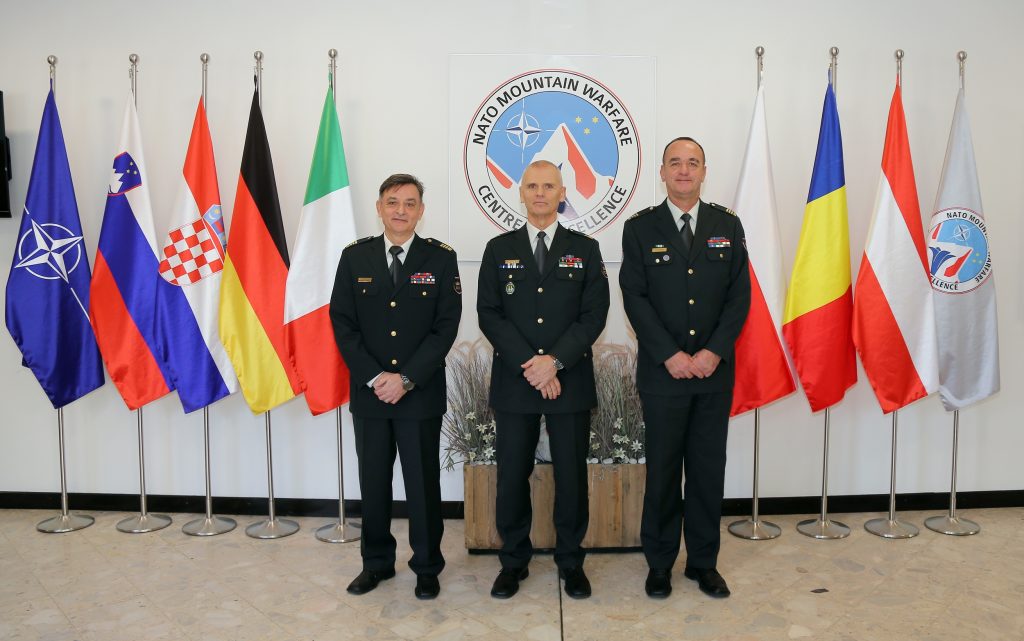 A Change of Command ceremony was held on Thursday, 16 January 2020 marking the change of leadership at the NATO MW COE. During the ceremony, OF-5 Borut Flajšman assumed command of the NATO MW COE from OF-5 Boštjan Blaznik as the outgoing Director.

The event, along with other distinguished military guests, was attended by the Slovenian Armed Forces (SAF) Deputy Chief of Defence, Brigadier General Robert Glavaš. In his address, he thanked the outgoing Director for his contribution to the development of the NATO MW COE, stating that the Centre and its staff have done a tremendous amount of important work that can decisively contribute to the development of contents within the Alliance and to the forging of new ties and ideas within the EU.

In his remarks, OF-5 Flajšman emphsized that he is aware that the period ahead will pose numerous challenges. However, he stressed, that he is convinced that together with the Centre’s high potential and motivated staff, the Centre will be able to overcome all obstacles in achieving even higher goals. 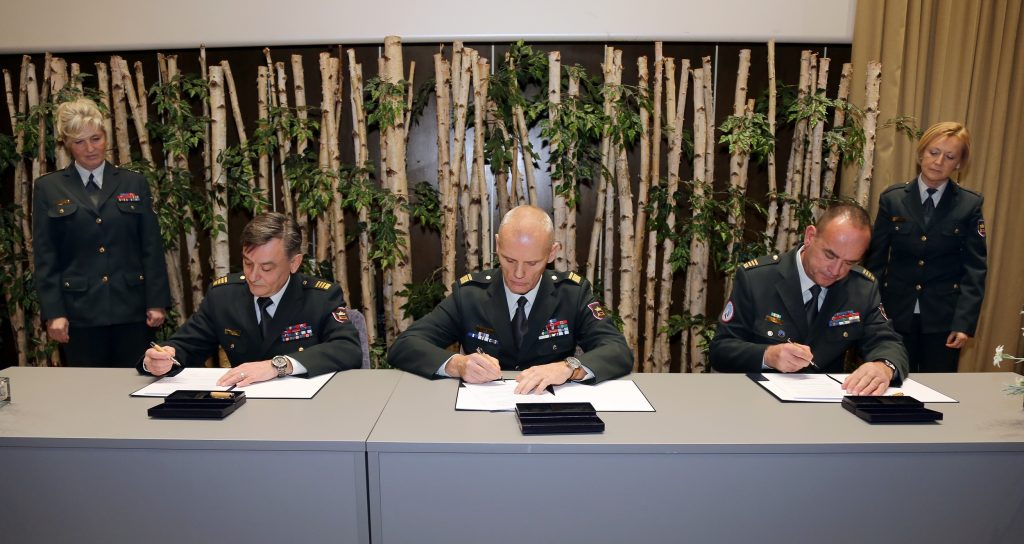 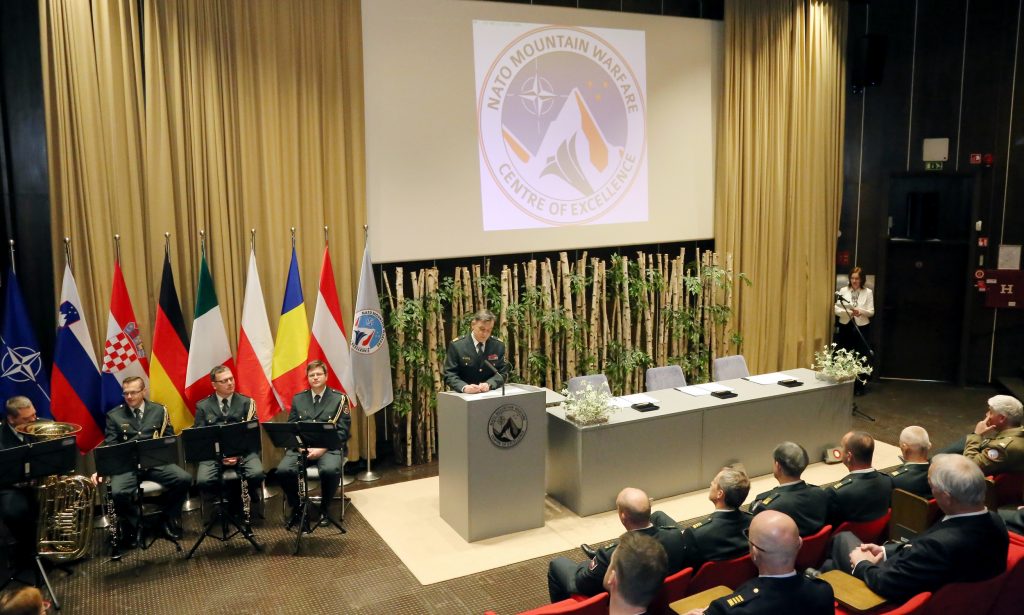