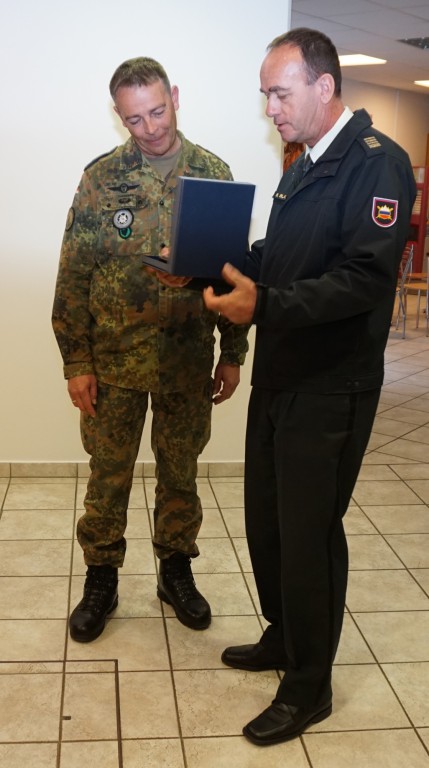 In his farewell speech, he stated: “When I first drove to the MW COE in October 2015, I had so many different questions on my mind. Am I the only German soldier in Slovenia? Whom should I refer to? Everything is new – other language, different culture, and a new topic at NATO level! However, after a short time, I realised that the differences were not as big as I had imagined them to be in the first place. I was warmly welcomed here in the MW COE. When I needed help, I received it straight away. Open questions were discussed within a suitable time. However, there are differences among the five nations; in their history, in their characters, and in their views.”

“Just to mention a few essential points,” he continued, “it took some time to combine efforts into a common goal. The MW COE has achieved a lot up until now, but there is still some way to go.”

“My thanks go to the Director and Deputy Director/COS for their open mindedness, for their support, their trust, and, of course, their patience,” said LTC Seebörger and continued, “my special thanks go to my branch, the DS, for their reliability, trust, support, open discussion, and open words.”

“Lastly, I want to say that I was very grateful to be allowed to serve here in Slovenia, a wonderful country with helpful and friendly people and a diverse landscape. I was able to see and do a lot here, and, even though, my stay was by far not long enough to get to know everything, I`ve learnt a lot about Slovenia. You can be proud to live here. In the future, I wish the MW COE all the best, and success in training, concepts, and publications. Please provide LTC Ramesberger with your trust in advance, including the necessary time to get up to speed. Thank you for letting me be here with you,” he concluded.

The entire NATO MW COE’s staff would like to extend their sincere gratitude and appreciation to the LTC Seebörger for being part of their team and wish him all the best on his next assignment! 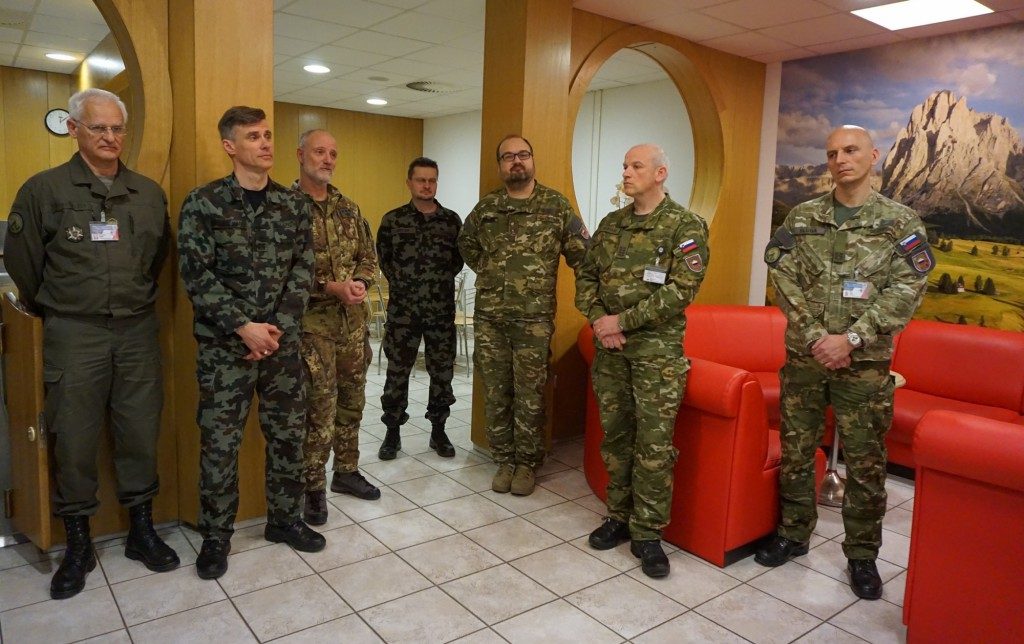