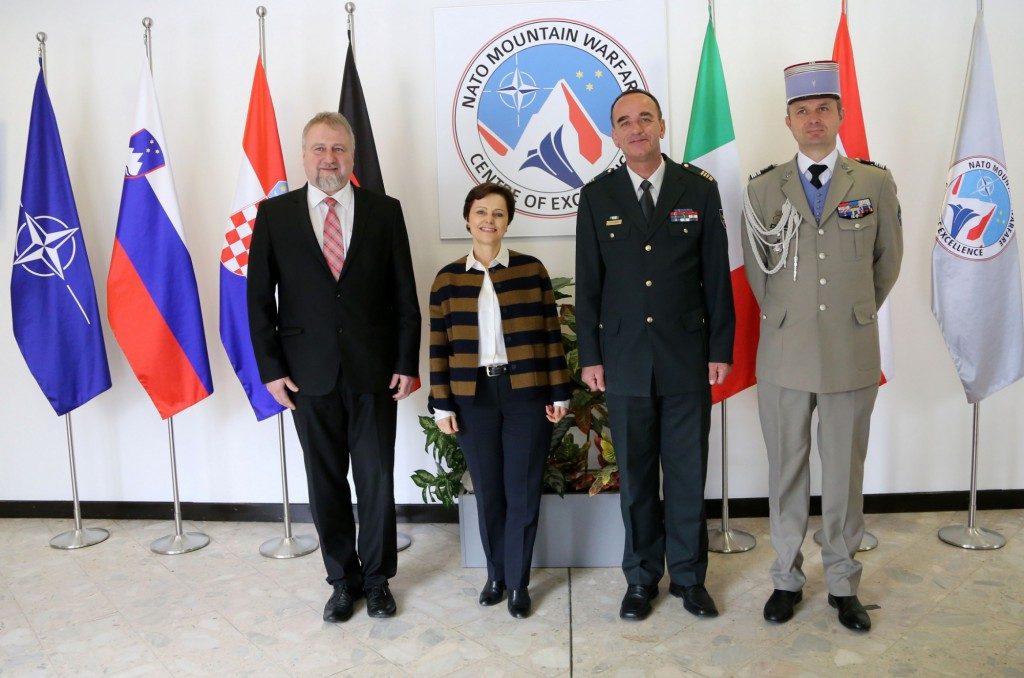 On 2nd February, the French Ambassador to the Republic of Slovenia, H.E. Madam Marion Paradas, paid a visit to the NATO Mountain Warfare Centre of Excellence (MW COE).

During this occasion, Madam Ambassador, accompanied by Colonel Christian Bachmann, French Defence Attaché, were received by the NATO MW COE Director as well as the Slovenian MOD State Secretary and Adviser at the Defence Section, Mr Miloš Bizjak, both expressing their contentment of good relations with the French Republic.

In the recent past, the NATO MW COE hosted a series of visits by respected Ambassadors to the Republic of Slovenia, which were considered as very important for increasing the NATO MW COE’s visibility, hence acquainting such institutions with the Centre’s efforts in supporting the Alliance.

During his brief, the NATO MW COE Director, Colonel Boštjan Blaznik, explained that the establishment of the NATO MW COE contributes to the transformation and adaptation of the Alliance’s capabilities, thereby enhancing the ability of individuals and military units to engage in mountain warfare, as well as the Alliance’s interoperability to operate in mountainous environment. He stressed the significance of successfully launching the Mountain Warfare Education and Training Standardization Proposal (ATrainP) last autumn.

Another purpose of the Ambassador’s visit was to identify possible ways of future cooperation between NATO MW COE and the Republic of France in the field of mountain warfare related to areas of common interest. 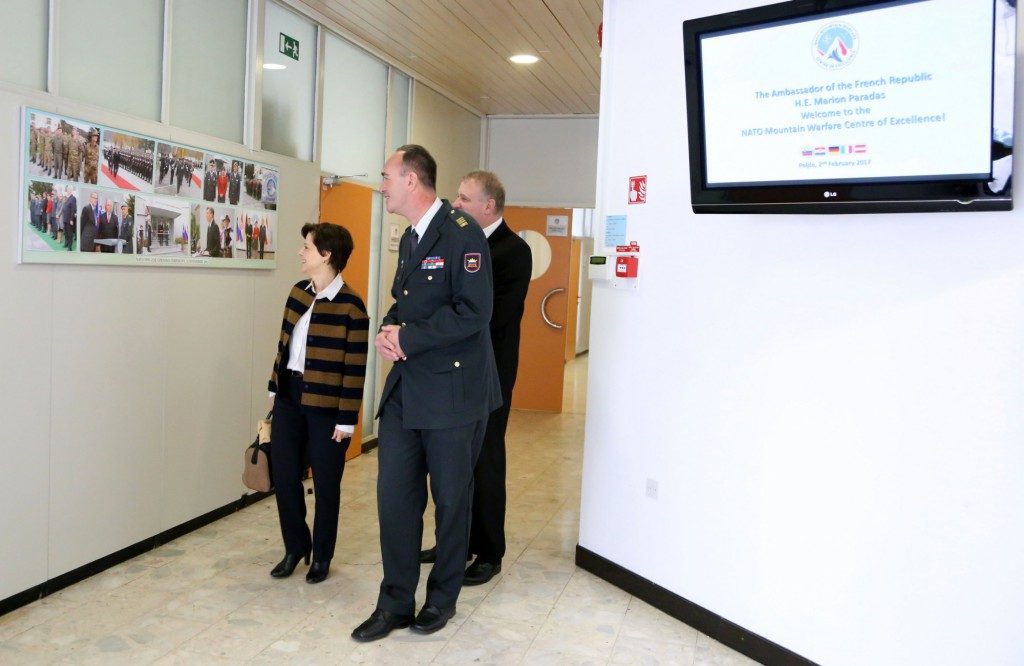 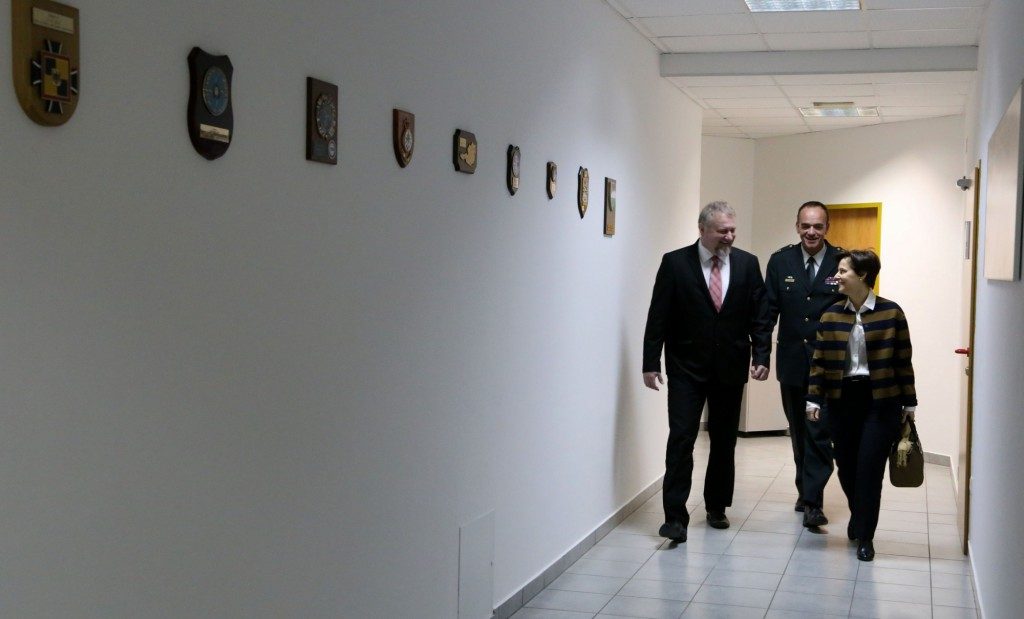 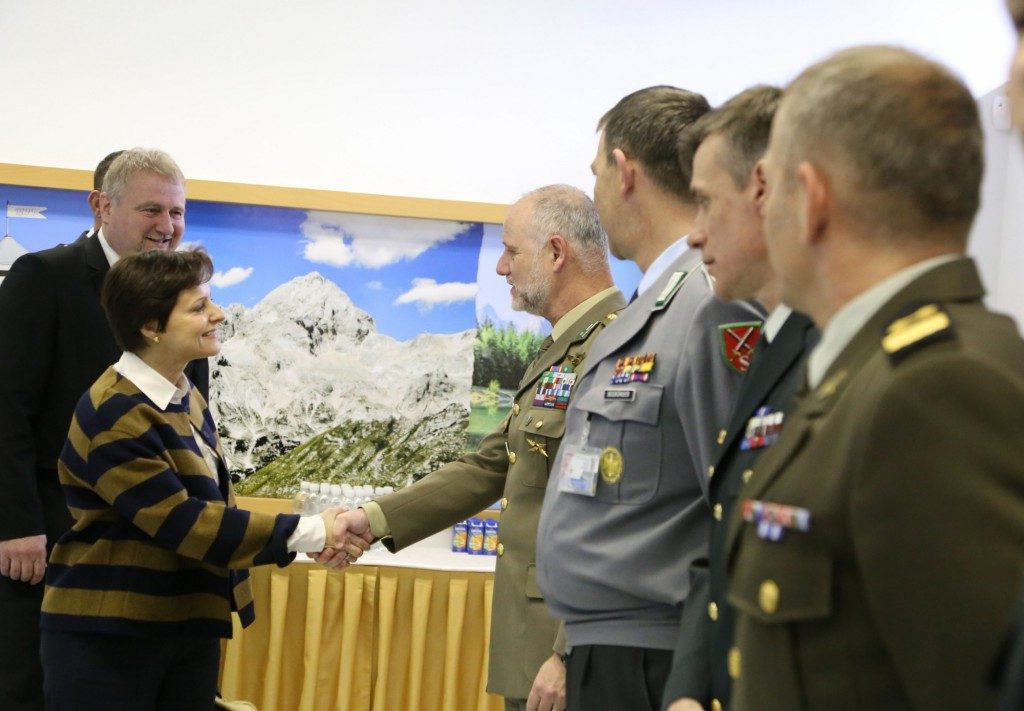 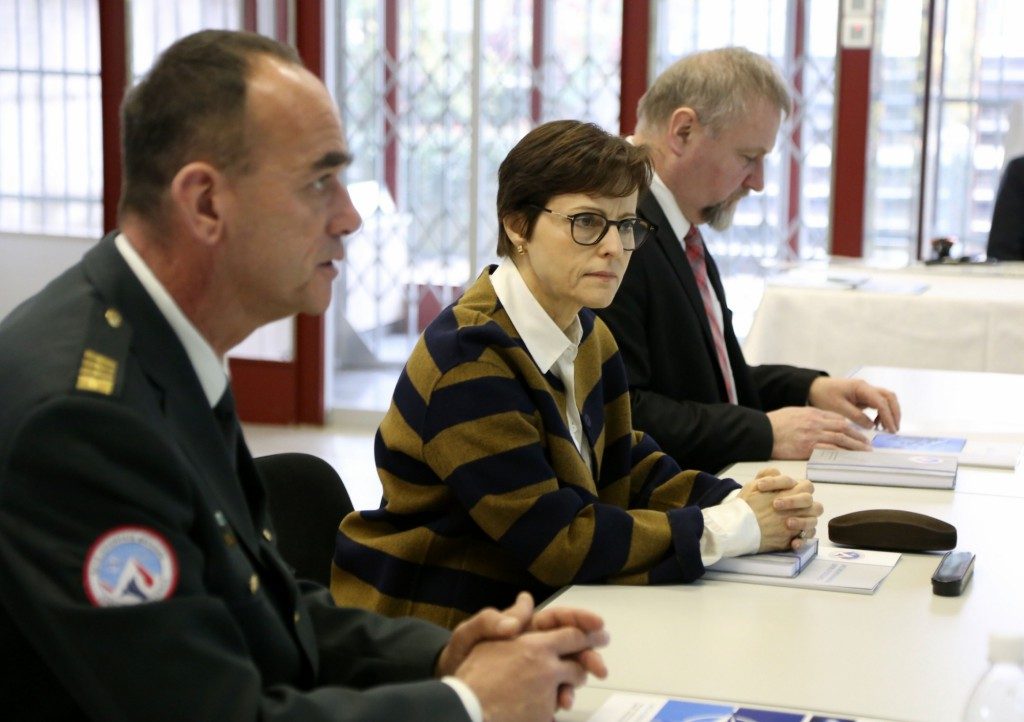 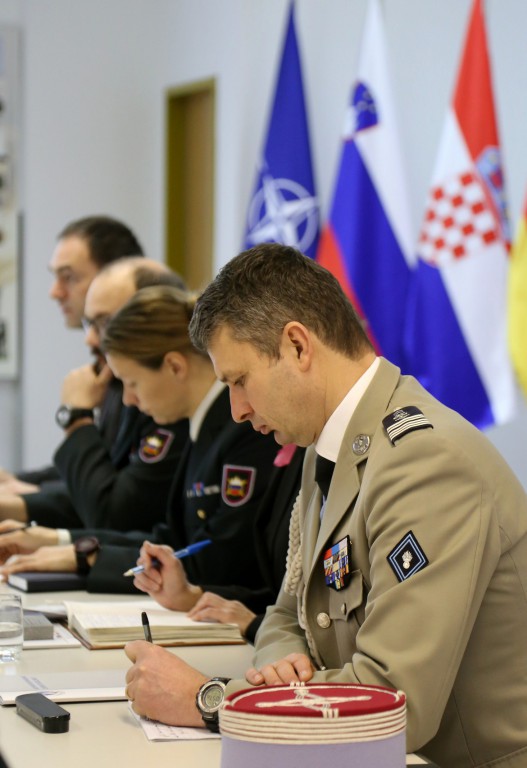 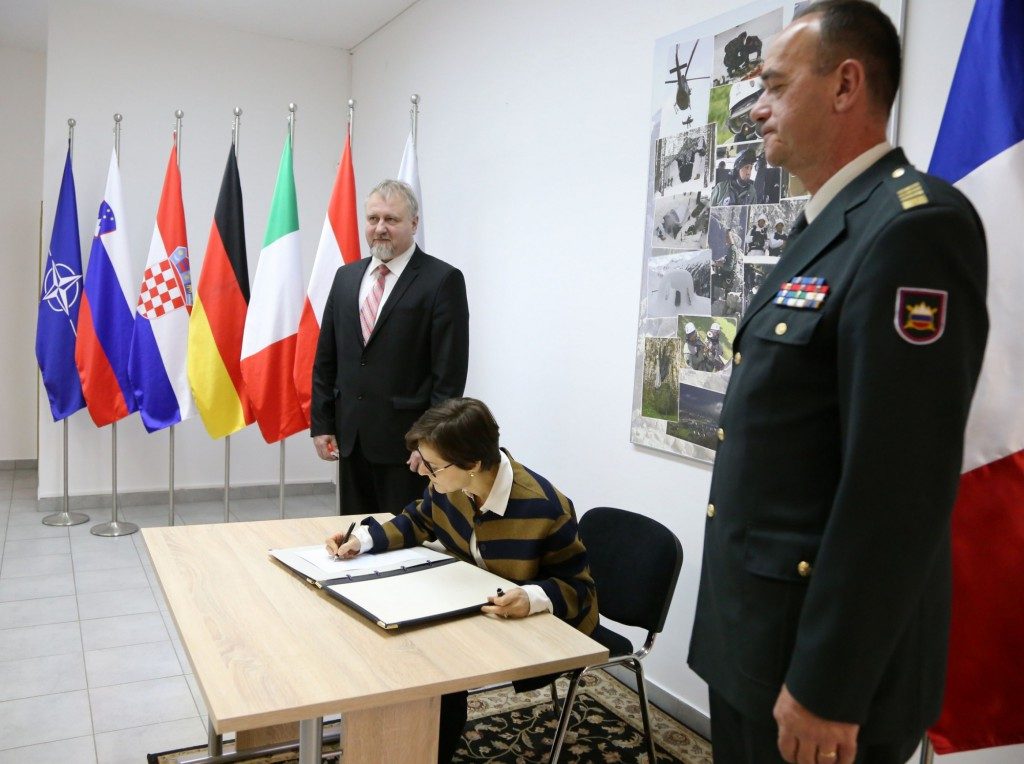 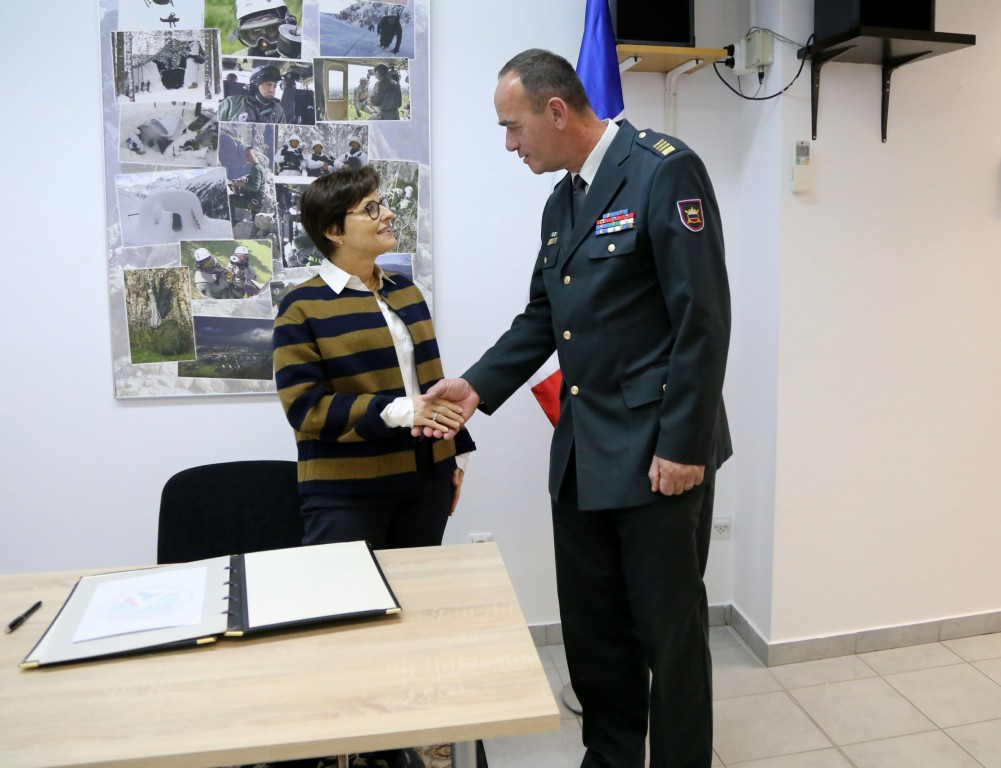 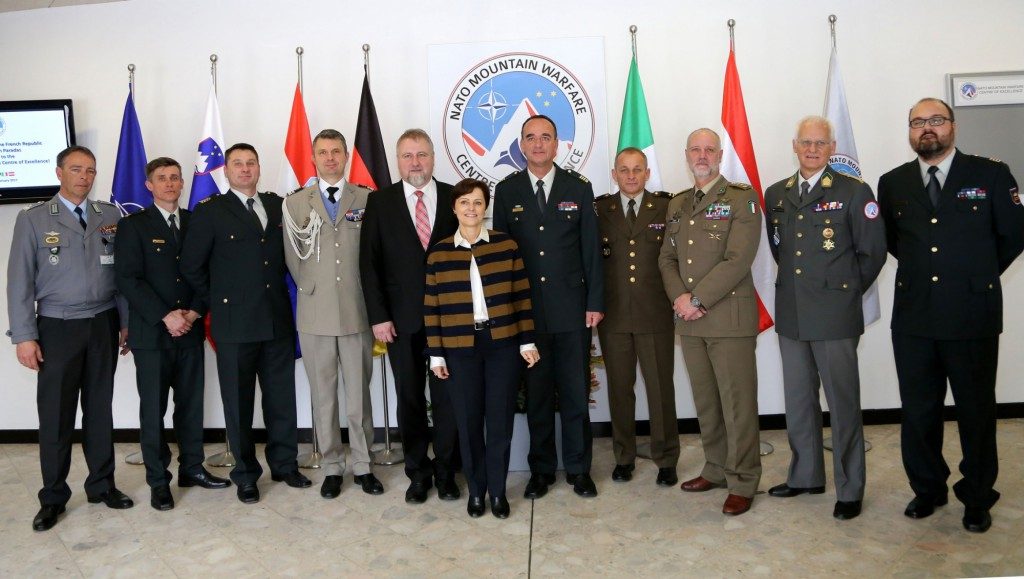