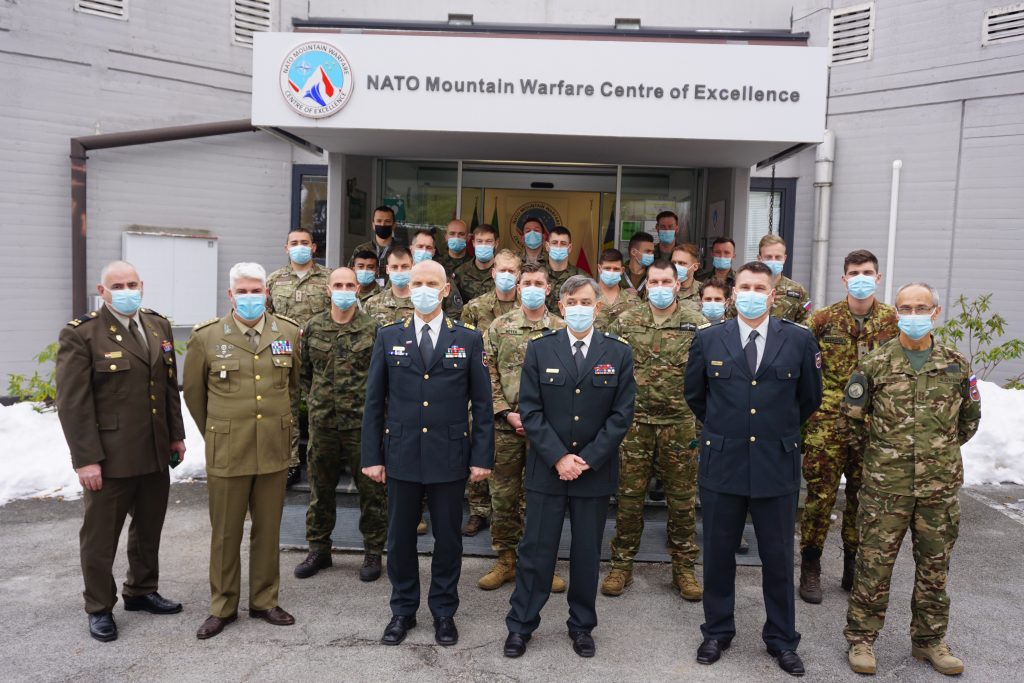 The third MW Small Units Leader Course in 2021, different to other courses in the MW SULC series focused on the ability to operate in a mountain environment in harsh winter weather conditions. Twenty-two attendees from eight countries, namely DEU, GBR, ITA, MNE, POL, SVN, UKR and USA, took part in the course.

From 6 to 17 December 2021, the two week course was comprised of four parts: leadership, movement, survival and tactics, with both, certain topics lectured in the classroom, as well as hands on part conducted in high mountainous terrain in austere winter condition..

The classes were also complemented by a field study, where based on the example of the Battle of Isonzo in 1917, a Slovenian expert on military history explained the tactical activities and building of trenches and fortifications in mountains during WWI.

In the second week, a battalion level OPORD was given to the students. By combining theory and practical activities, students were enabled to prepare concepts of operation for a designated company.

As part of planning process the two-days reconnaissance of the Area of Operation (AOO) was conducted in Karavanke mountain range including overnight in mountain hut. A final step of tactical planning was concluded through back briefs, where they presented their method of taking decisions.

Through this course, participants developed current knowledge in order to act interoperable, simply said, how to fight together in difficult terrain and harsh winter mountainous environment.

Ending the year with this course, NATO MW COE in 2021 conducted a total of four resident courses in which 70 participants from 13 different countries participated. 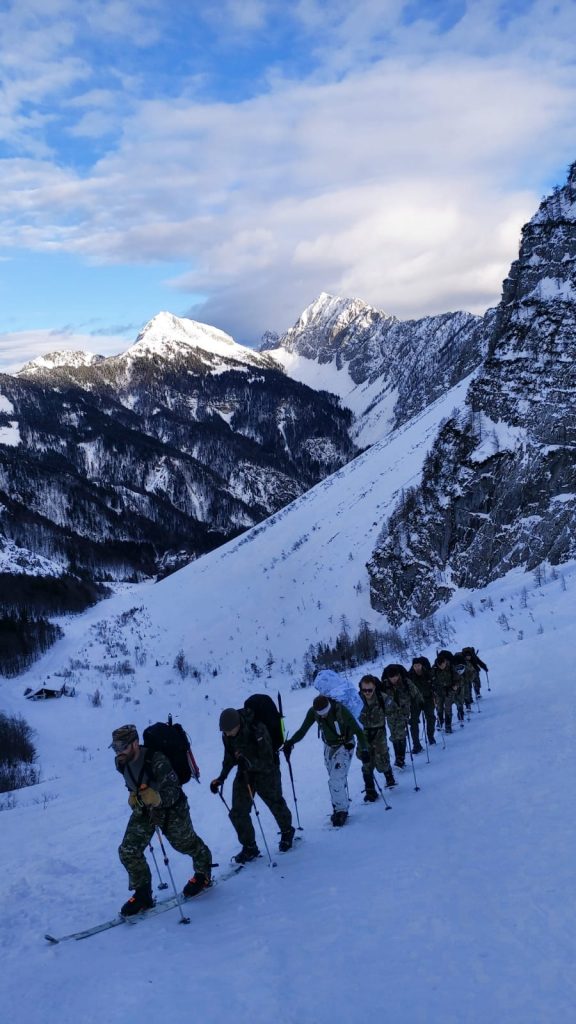 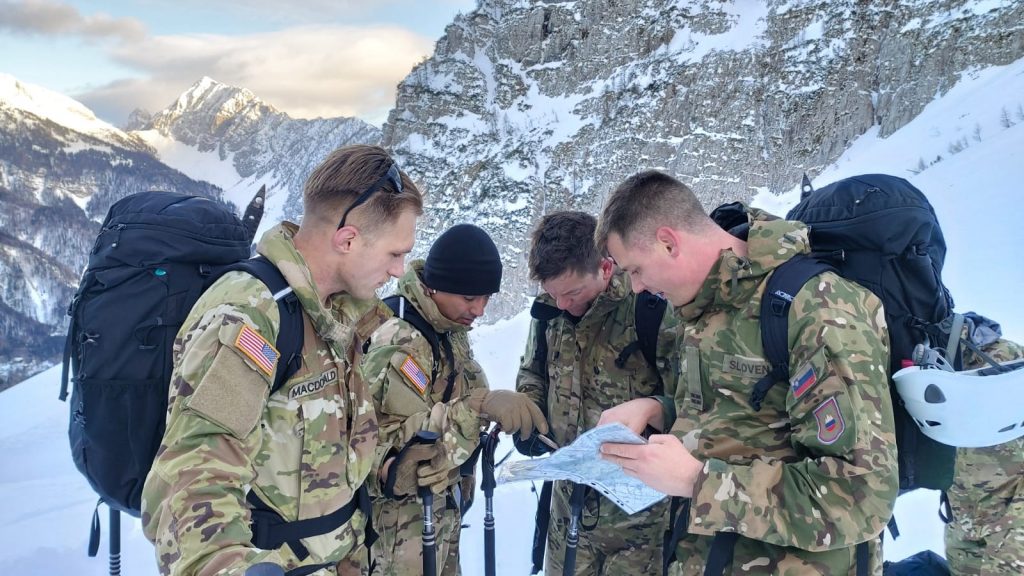 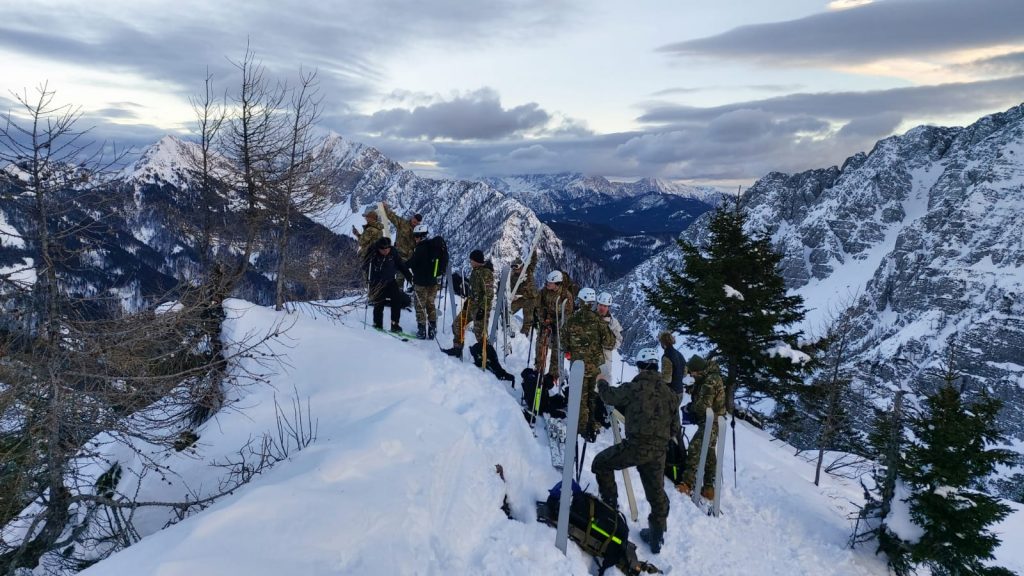 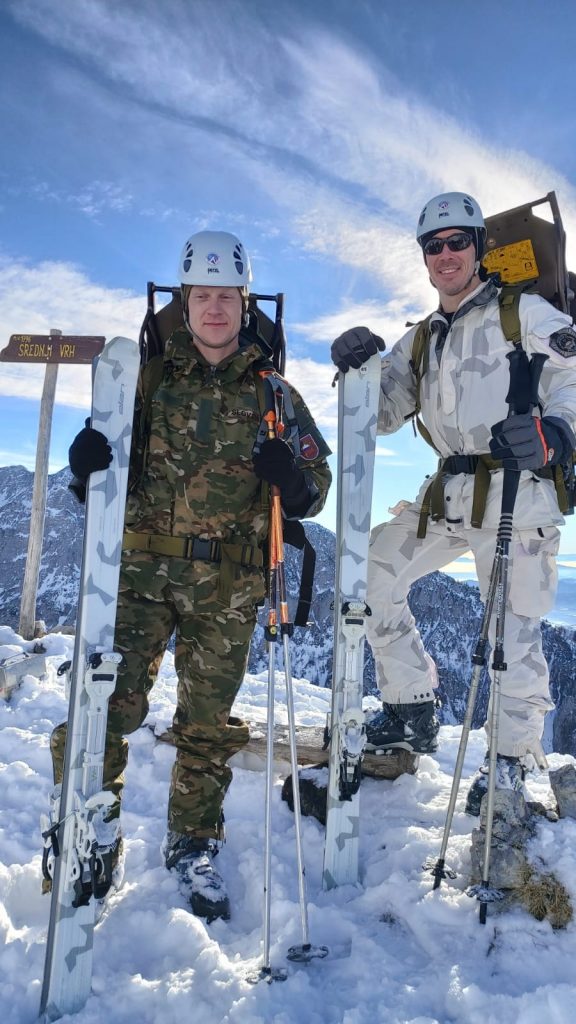