In Lisbon, the COE POW (Programme of Work) Workshop (WS) 1, chaired by the ACT TNB has brought together representatives from NATO HQ, SHAPE and its subordinate commands, HQ SACT and its subordinate commands and representatives from all COEs. The aim was to promote an early engagement  in the  COE POW  development cycle for 2017.

During the meeting, the respective COE representatives presented their POW 2016 realization in support to NATO. In addition, the NATO Commands presented an initial overview of their early RFS (Requests for Support) to the COE POWs 2017 and provided feedback to the COEs regarding the RFS  received in 2015.

The next WS will be held in Norfolk (VA) between 21 and 22 June, during which the process will continue. 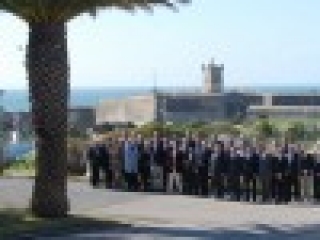