On 9 January, the NATO Mountain Warfare Centre of Excellence (MW COE) members participated in a patrol cross-country skiing competition, which is traditionally carried out in Pokljuka, which is one of the best known Slovenian plateaus, as it holds world famous biathlon competitions.

Members of the Armed Forces, the Police and the Civil protection are allowed to compete in men, women or mixed patrols. Among forty-three men patrols, the NATO MW COE team, composed of: SFC Marko Pogorevc, SFC Rajko Lotrič, SGT Miha Rakar and SGT Žiga Kalajžič ranked absolute first place and so proved they are really “excellent”.

The ten kilometres race, with a significant altitude difference, involves cross-country skiing, bomb-throwing, fireing with a small-bore rifle, transport of the wounded, overcoming the obsticals and a short march through the woods.

There is always a traditional rivalry for the first place between the Police and the Armed Forces.

This year, the members of the NATO MW COE won with great advantage. 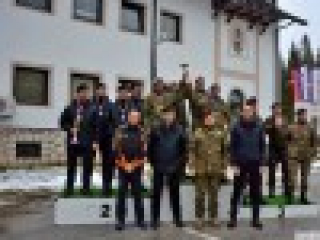 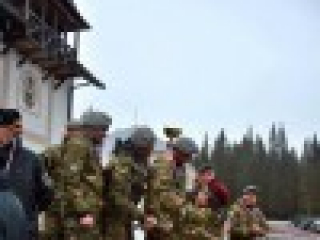 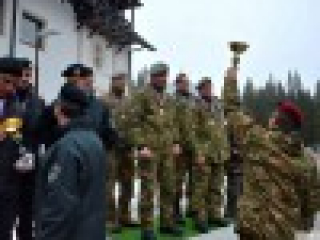 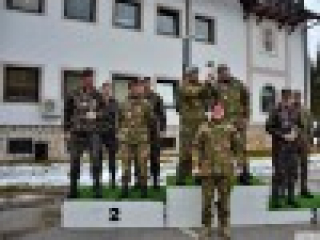