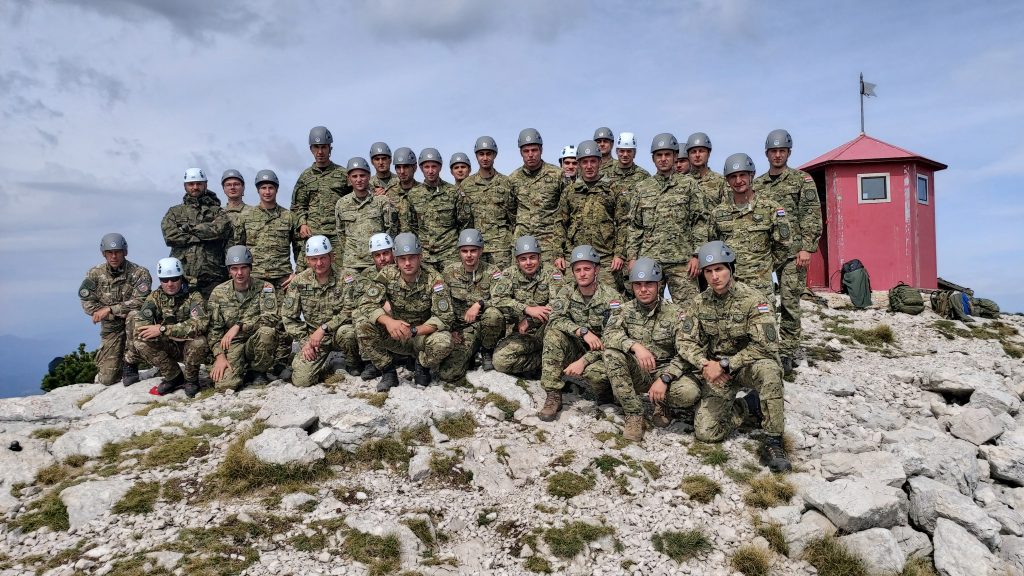 For the first time, the NATO MW COE organized a Basic Mountain Warfare Small Units Leader Course (Basic MW SULC) in Croatia, as a pilot course for the lowest level of unit leadership. The course was held from August 28 to September 9 with an international character, as the organizer was the Education and Training Branch (E&TB) of the NATO MW COE. It was conducted in a landscape ideal for military mountaineering training: the Dinara Mountains, the Čikola River Canyon and the military facilities around Knin.

The course was attended by 23 members of the Armed Forces of the Republic of Croatia (OSRH). They were commanders of teams and squads, first non-commissioned officers of platoons and platoon commanders from various units. The course was conducted by the NATO MW COE Mobile Education and Training Team, composed of six NATO MW COE lecturers and instructors, and supported by five instructors from the Croatian Armed Forces.

The course was comprised of four key parts: lectures aimed at sharing knowledge that is common to all NATO members and partner states (PfP) in order to harmonize tactical operations and achieve full interoperability; learning the dangers of difficult mountain and weather conditions, and how to overcome them while maintaining the ability to carry out the mission; training of mountaineering skills and techniques, tactical actions and procedures in a mountainous environment; and moving through the mountains, including a trip to Croatia’s highest geographical point, where all the knowledge acquired during the course was used and the skills and abilities learned were tested.

The curriculum of the course requires that members of infantry units are trained on the tactical use of their units in difficult terrain and mountainous areas. However, the prerequisite for attending the course is the possession of certain skills, so that experts from the MW COE can support the development of mountaineering skills in order for the course to be successfully completed. The safety measures are very strict, because alpinism always involves a great deal of danger, and in every situation participants are controlled in what they do.

The participants agreed that some climbing routes required above-average physical fitness and that climbing the heights was the most difficult part, but everything can be overcome, especially with a great team. Here they put their courage to the test and also developed mutual trust, because during training they often put their own safety in the hands of their colleagues.

This basic course for team leaders and squad commanders was the first one organized by the NATO MW COE in Croatia at this level. The instructor-trainers demonstrated the benefits of NATO standard working methods and procedures, and by the end all the planned training goals had been met. Accordingly, from 2023 it will be presented in the Catalogue of NATO MW COE activities, and will be available to all NATO member and partner countries as an international course. 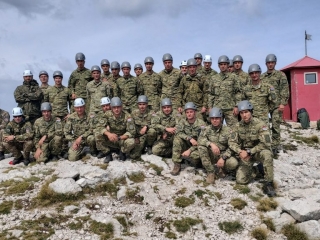 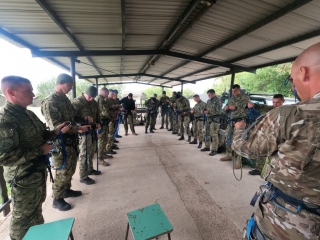 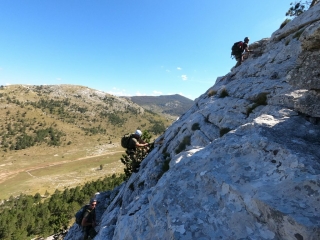 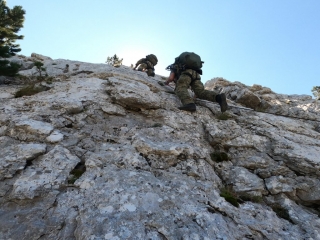 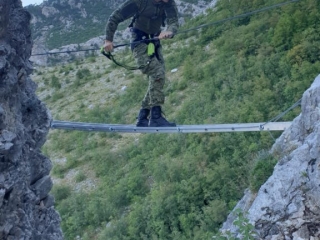 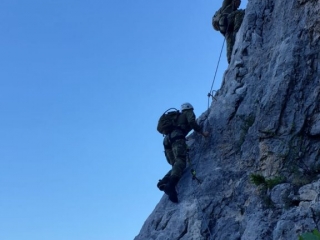 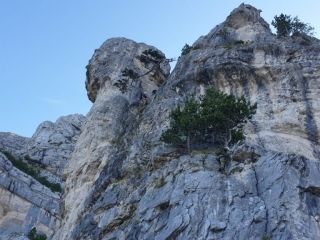 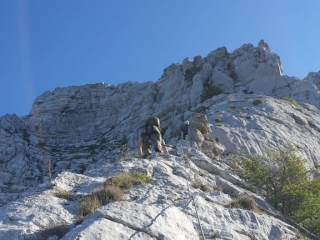 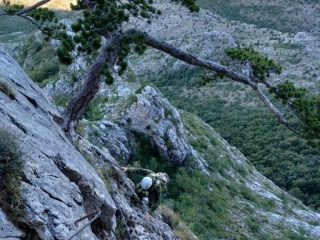 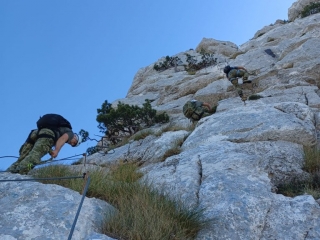 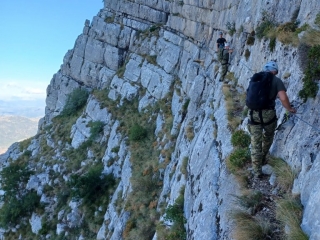